In Piazza San Marco, gaze in awe at the majestic Palazzo Ducale (“The Doge’s Palace”), seat of power of the Serenissima and home to all the Doges who ruled the city.

Its façade is considered a masterpiece of the Gothic period. The elegant interior is resplendent, adorned with Verona marble used to create stone arches supported by columns with capitals and imposing sculptures placed at the corners. The main entrance to Palazzo Ducale was originally through the Porta della Carta, a Gothic door dating from the fifteenth century, which led through a portico up to the Foscari Arch and the inner courtyard where there is the famous work of the fifteenth century, the Scala dei Giganti, where new Doges were crowned. The far end of Palazzo Ducale leads to the Piombi (Literally “The Leads”, which served as the former Venetian prison) and its famous Bridge of Sighs. Its appearance provokes a sense of foreboding, and it was from here, in 1756, that Casanova, one of its most famous prisoners, managed to escape, as he recounts in his memoirs. The “Bridge of Sighs” received its name during the time of the Serenissima, from the suggestion that prisoners would sigh as they passed through it as they were aware that it would be the last time they would see the outside world before being imprisoned. 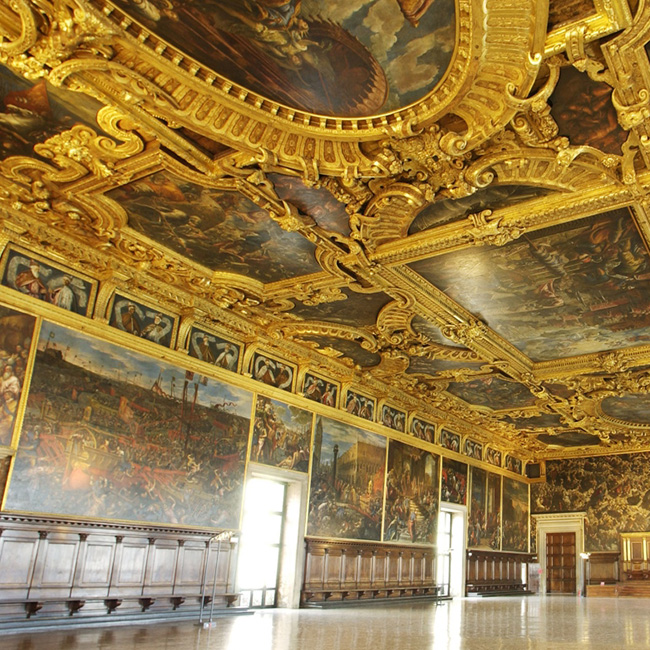 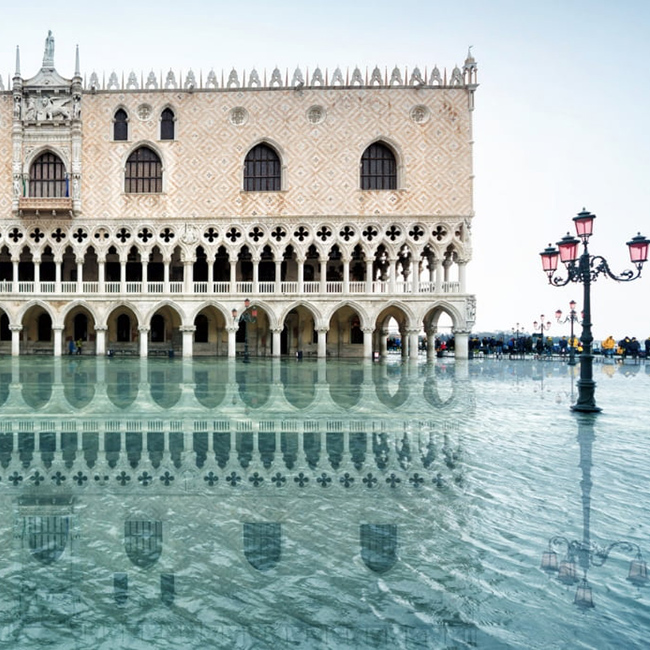 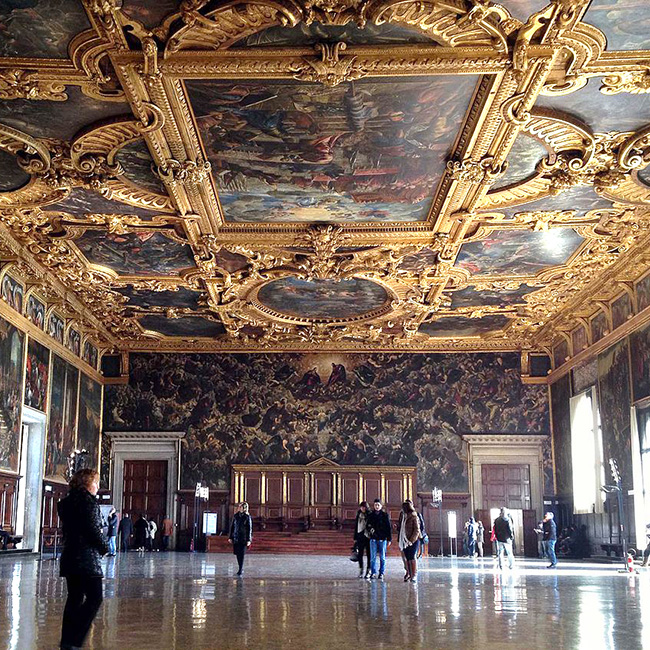 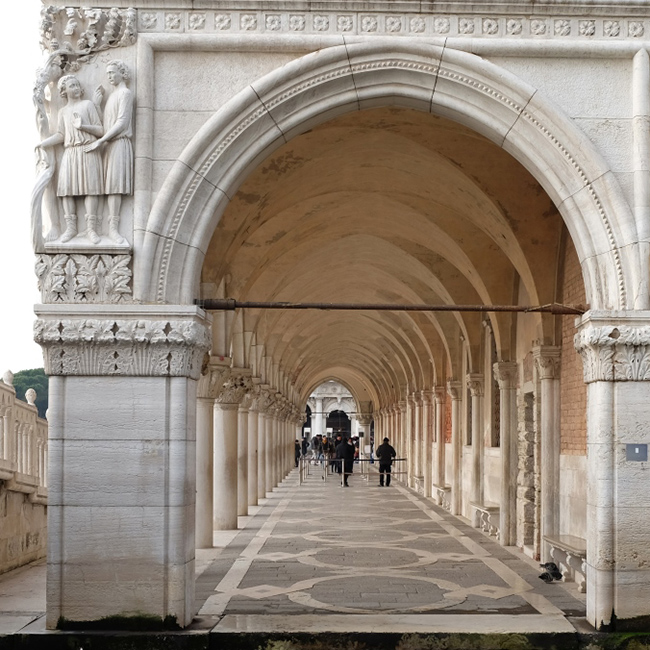 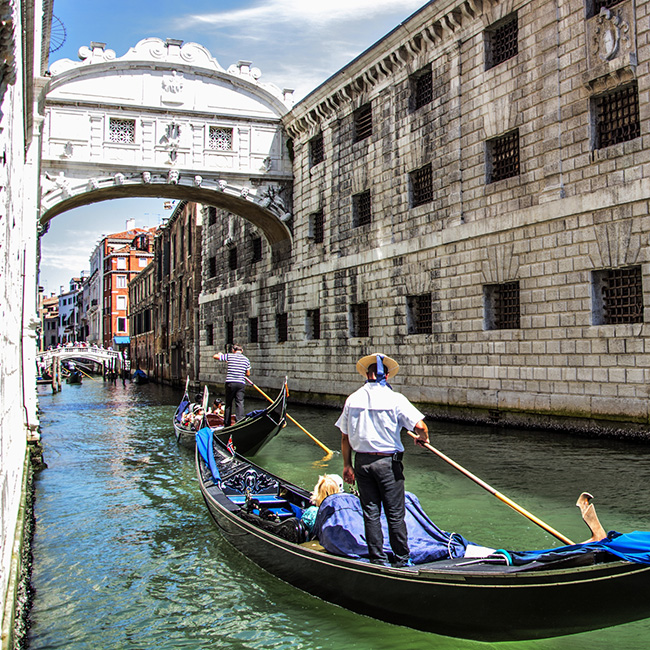